How to convert SWF to GIF?

With Flash support being on it's way out, there sometimes arises a need to convert some simple flash animation or banner to animated GIF image, or cut out some part of a flash game. If you have Flash Professional installed, it has a built in feature to export png image sequence which you can later import to Photoshop or our GIF maker to generate a GIF, making it a simple task. There are some online converters which can convert some swf files directly, but the results are often poor.

In this article, though, I'll show you another, a bit more crude, but effective and universal method using only free tools and a bit of manual labour.

First, open the swf file in Flash player. Make sure it's at 100% zoom level. Start your screen recording software and select the are where Flash animation is located. Let the animation run couple of full loops and then save the video. Save the file as .mp4 if given options. 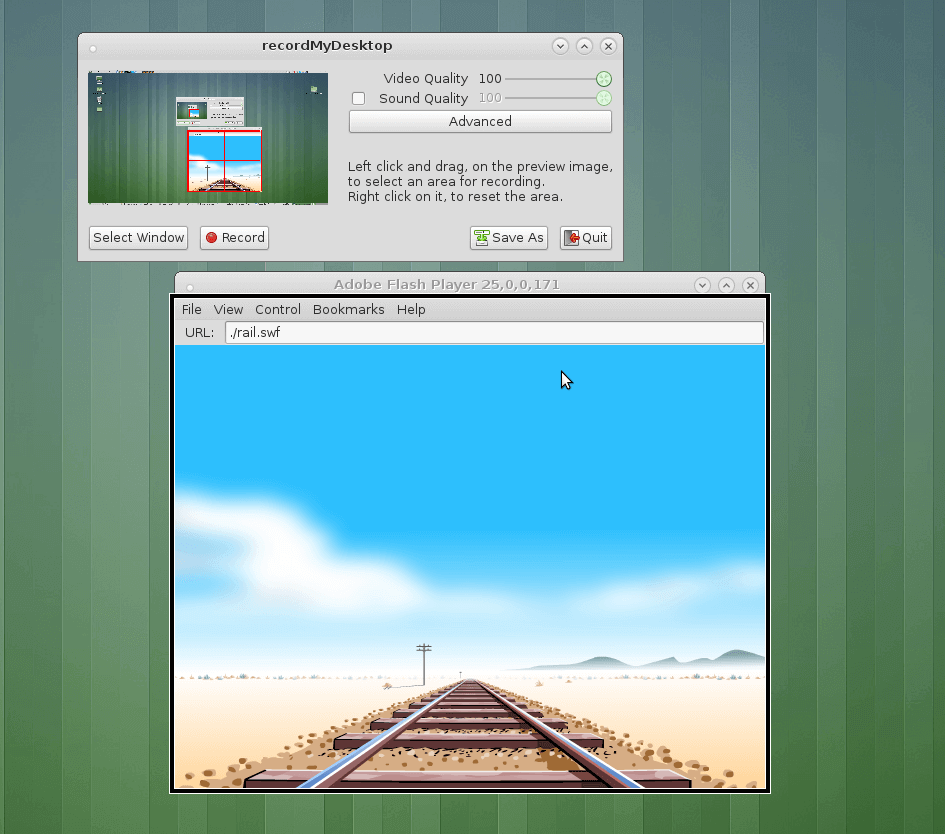 When the video file is created, upload it to our Video to GIF converter. You may need to play around with start and end time or remove some frames manually in frame editor to achieve perfect or good enough loop for the animation, but then it's done.

Our result after cropping and optimizing the GIF: